Our history rooted in our land.
3

TRERE ‘farm was born in the early’ 60s. The founder, my father Valeriano Trerè, having traditionally been a family who has always worked in the agricultural sector, had the opportunity and the will to start a business on his own with the acquisition of the first 14 acres of the Podere Saccona, on the first hills of Faenza , an ancient town of about 60,000 inhabitants rich in noble traditions and art treasures unique to the world.

The craftsmanship of the Masters of Fire is well matched with the flourishing agriculture of our Romagna, which finds in the cultivation of the vines a perfect balance between ancient experience and high technology. My father started producing the first 3 wines of our area Albana, Trebbiano and Sangiovese. In 1976 after my literary studies, marriage and a son, I almost decided to start my father’s business. Suddenly a great passion for wine production arose in me. My father, who did not expect his only daughter to love the earth, was so happy that he decided to give me the responsibility of the cellar. 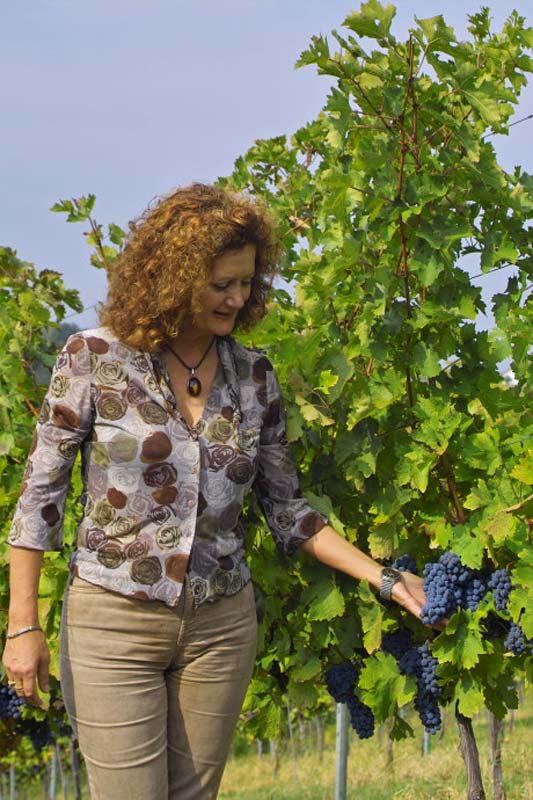 “True connoisseurs do not drink wine. They tasted secrets. “

Our first logo dates back to 1978 and was created by Mauro Andrea, who at the time was a young artist unknown with a study at Faenza, later renowned for his Impure Art, a label that will accompany him all his life in the realization of over 900 exhibitions set up in Italy and abroad. The result pleased us a lot, but at a later time we felt the need for a brand that would be the emblem of our family, so we searched the historical coat of arms attributed to the Trerè family and made it into ceramic by Fenza a very good local artist.

“The wine adds a smile to friendship and a spark to love”.

So many years have passed since then, but my passion is always the same. For some years now, it is comforted by my son Massimiliano entry into the farm. Now our Farm, after the acquisition of Podere Ca ‘Lunga and another 3 acres of Saccona farms, covers an area of 35 hectares, 31 of which are cultivated in vines. The wines we produce are so many and our business policy is constantly aimed at improving quality, both in vineyards and in wine. We are convinced that we have the duty to cure the quality and the image of our wine more and more, especially now that Romagna wines are finally known and appreciated in the world. 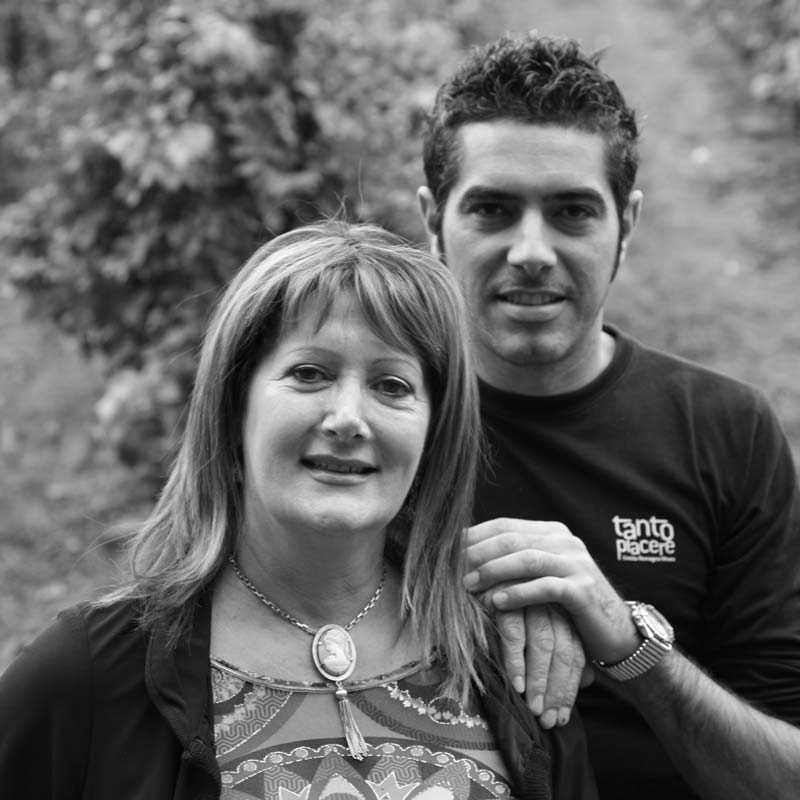 “Jesus turned the water into wine. I’m not surprised that twelve disciples to follow him everywhere. “

Once in Romagna, a system of wine-growing plants was prevalent, so the strains per hectare were up to 2000; now our new plants are characterized by the choice of 4000 plants per hectare and the “spurred cordon” breeding system to produce few clusters in the plant, thus increasing the concentration of both sugars and colorants to obtain a wine organoleptically more intense in the smells and in the taste and more robustness, even more suitable for aging.

Our most famous wine is the Sangiovese di Romagna which we propose also in the Riserva version (Amarcord d’una ross) and from 2010 in the Superiore Riserva version (Violeo). The Sangiovese is the only international grape of Italian origin which, besides being the basis of many wines in Italy (although we Romagnoli claim its primogenitura) has crossed the ocean by coming to California, Argentina, Chile, South Africa, Australia and New Zealand. A vine that at one time encloses two souls: on the one hand the typicalness, the expression of the territory, in particular the Romagna where the roots are rooted, on the other hand, the international character, an undeniable quality and, last but not least, an attractive name.

Another very important wine for our tradition is the Albana di Romagna DOCG in its dry and sweet versions. From this wine there are historical facts already in the time of the Etruscans; it maintains untouched organoleptic characteristics that are not influenced by the modes of the moment. Even the breeding system, the Pergoletto Romagnolo, remains the same, only resized, but with the same settings. All this to testify that this grape is different from all the others, the bunch is beautiful, the berries are golden yellow and its flavor is sweet. The sugar factory is also called. Although in its limited production, a real niche, I am convinced that it is a wine that will give us so much satisfaction because, in addition to the intrinsic quality of the product, it contains ancient traditions and an undeniable originality. In recent years, after several experiments, we have realized that this grape is the best of its kind with the delicacy in the field, which makes it possible to obtain an excellent Passito wine, but also a great dried Albana.

Discover all our wines!

“Life is too short to drink bad wine.”

Along with my son Massimiliano, thanks to the collaboration of the enologist Emiliano Falsini of the Matura group, without buying grapes, but only vinifying our own grapes, we have come to produce about 150,000 bottles per year, half of them destined for the foreign market : central and northern Europe, the United States, Canada, Russia, Japan, China, Singapore, preferring a clientele made up of small importers and wine shops with whom we can establish a collaboration and support relationship to make our wines known. Wines that are not famous, but which have excellent value for money also thanks to the constant commitment and improvement that has prompted us to build an underground cellar for the aging of wines, to give even more value to our work. An exhilarating work that allows you to be in touch with the world and at the same time incorporates history, tradition, joy and love for the earth. Our Romagna Land: Our Oil. 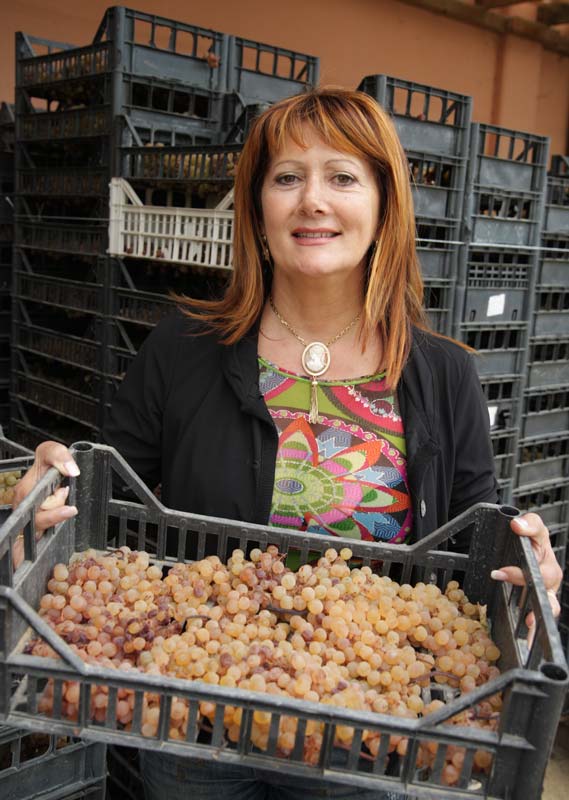 “The best result resides where there is love for what you do.”

This is the story of Trerè family.

This is the story of a dream come passion.

This is my and my son story.